When you want to drive a nail into wood fast then the nailgun is the way to do it. Here we look at different types of nail gun available in 2020 and a brief historical look at how the nail gun evolved.

What is a Nail gun ?

The nail gun is also referred to as a nailer but essentially it is a tool to predominately drive nails into wood but some nail guns are designed to drive specially hardened fastners into steel or concrete.

How does a nail gun work ?

A nail gun works by driving a specifically designed nail into wood or other material by force. This force is provided by either:

This is my tool of choice mainly because I function from my workshop which is kitted with a large compressor. Air-driven nail guns are a good option which comes in a few different formats.

My workshop choice is the simple straight brad nails. My nails come in strips of

The air nailer is the most economical nailgun system by far. The air-driven nailers are very good value and the strips of nails are cheap. For example, 2500 16g 38mm long nails cost 8 Euros which are similar in Dollars.

Who invented the nail gun?

It is widely considered that the ‘Robbinsdale Hand-Held Bulk Nailer’, circa 1907 is the first handheld nail gun. This machine was basic in nature and relied on the nail being driven by a mallet or hammer, not air or by an explosive charge.

1862 brought Doig Manufacturing Company into bulk manufacturing with the development of a mechanical nail driver. A Stationary machine that drove multiple nails by bulk was used in crate and pallet manufacturing.

Morris S. Pynoos who died in 2002 at an age of 84 was the inventer who was trained as a civil engineer invented the first pneumatic nail gun.

The Purpose of the first Air Nailer

The intended purpose of the Morris Pynoos nail gun was for the rapid nailing of the Howard Hughs world famous Spruce Goose seaplane. The air nailer played a huge part in constructing this Birchwood H-4 Hercules because of the 98m wingspan seaplanes massive size. 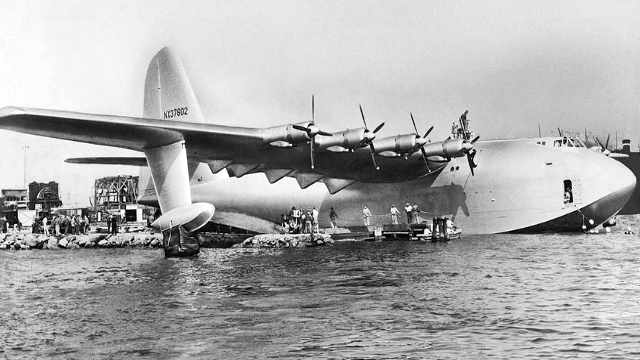 Sadly the Spruce Goose made only one flight as the intended purpose for this plane was to transport troops and materials to Britain during WW11 but the war ended before commissioning of this $2.5 million.

BOSTITCH Pancake Air Compressor, Oil-Free, 6 Gallon, 150 PSI (BTFP02012), This compact compressor is great if you are looking for a compressor to run your nailgun. It is portable and easy to move around on site.

The Paslode has earned its place as the go-to site power nail gun. There are other very capable options but the Paslode has become the icon. If anyone talks about the nailgun Paslode seems to be on their lips.

What  is a Paslode ?

Paslode is the name that is given to any first or second fix gas-driven nail gun on the construction site. Like Skil and their name has been adopted to all handheld circular saws such as the SKILSAW.

Where is Paslode made ?

Paslode was founded in 1935 is an Acronym for PAcking Shipping LOadin DEvices. This may clear up some confusion as the name sounds European but they are American. ‘Illinois Tool Company’ ITW is a global company is a parent company to Paslode. ITW has plants in Australia, Malaysia, Canada, Denmark, Korea and Shanghai.

How does the Paslode work ?

Nails are driven by butane gas charge cells. The Gas is ignited by the cordless battery triggering an explosion. This explosion replaces the need for compressed air to violently drive the piston. At high speed, the piston drives the nail home via a striking hammer attached to the piston.

Electric nailguns have come a long way since the offerings from yesteryear. I have used a few of the cheaper brad nailers with limited success.

I find my old electric nail guns are

Are modern electric nailguns worth it?

I hope so as the cost of capable electric nailguns are still more expensive compared with a pneumatic nailgun and compressor combos.

The Airnailer is great but I am tied to the bench by its coiled airline. I have to admit the Paslode is best when first fix carpentry is in play.

I will focus on the Dewalt rechargeable cordless finisher. This is because the Dewalt has made a superb tool which I have used on many occasion. I find this machine is a better option as the running cost is low yet it is very capable.

I am sold on the Dewalt cordless nailgun

Since my experience of owning an electric nailgun has been less than favourable compared with my airline attached pneumatic nailgun collection. There is a BUT I have recently had the chance to test the Dewalt cordless nailgun and I have to admit it performs as is expected.

Sadly the Dewalt was a bit pricey for me

I mainly work in my workshop and the pneumatic nailguns I own work fine for me. If I had a need for a cordless system or I was moving away from an air compressor I have no doubt the Dewalt or even the Porter-Cable would be a consideration.

Let’s leave it there!

Woodworking for me is in my blood as a son of a traditional boatbuilder. My Father Malcolm Kett was highly skilled and inventive individual often referred to as ‘Malcolm The Boat’.

Marcus Kett and my Mortar!

Although I have spent a considerable portion of my life seeking further education and gaining qualifications in woodworking, electrical installations, bricklaying and to top it a degree in photography.

Why do I write these guides? 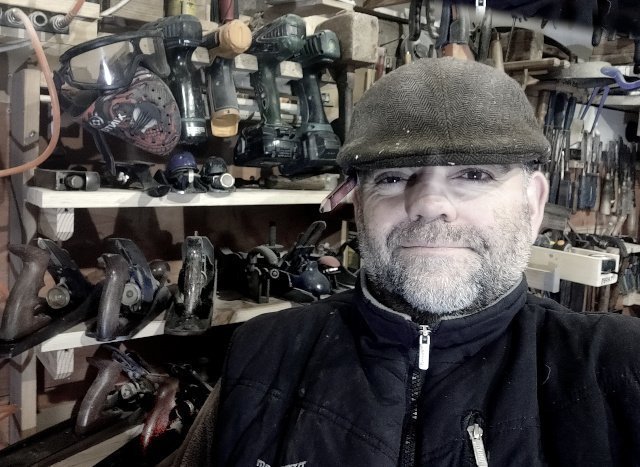 We started to write these guides to help our customers. The idea was to provide the information needed to install our made to measure wooden products that we sell on this website and directly to our local customers.

We soon received feedback from people abroad and interested readers not local to us. I like to help people and I am excited that fellow woodworkers or keen DIYers found guidance in my articles. I intend to carry on writing and producing youtube videos for the purpose of providing useful content. Please share our blog with your friends and anyone that could find interest in the magic of working with wood.

I am happy to inform you that we have included some links to related products. If you decide to purchase any product we receive a modest commission from Amazon. This is not considered as our main income but any commission earned is used to provide more tutorials. I thank you for your support.

“As an Amazon Associate, I earn from qualifying purchases.”

The content in this article is provided for free but we retain all copyright. We do encourage you to borrow this content but only if you cite us as the original content with a link to our site.

Wally is the middle one

We have lived and worked here in the Limousin Nouvelle Aquitaine since 2010, building window shutters and external doors. Our Volet manufacturing business is based at our home property as a ‘Cottage Industry’. We are a small business operating partly (60%) off the grid and try our best to practice our woodworking ethically.

How did we come up with the trading name ‘Wallybois’? Well, it is simple really, my best buddy ‘Wally’ and the fact that ‘Bois’ is French for wood and we live in France.

If you have any corrections or topics you think that we should add please leave a comment. If you think we deserve it a Share would be nice.

Thank You for visiting

Based in the Nouvelle Aquitaine of France

Chat with us
Chat with us
Questions, doubts, issues? We're here to help you!
End chat
Connecting...
None of our operators are available at the moment. Please, try again later.
Our operators are busy. Please try again later
Have you got a question? Write to us!
This chat session has ended
Was this conversation useful? Vote this chat session. Good Bad